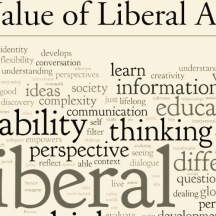 SIGGiving was established by Ronnyjane Goldsmith in 1998, the year she left public service to become an entrepreneur. It began with Goldsmith making a $100 donation to charity for each client referred to her.

Over the decades, Goldsmith’s donations have grown to include programs providing medical assistance to children without hope; programs improving access to higher education for children without family support or financial resources; and programs to preserve our national heritage.

In 2006, Goldsmith established The SIG Fund at the Smile Train. As a result of her donations, over 300 children received cleft palate operations, giving them new smiles and a second chance at life.

In 2012, Goldsmith became a founding donor of Wonderwork. Through her support each month three children received life changing medical assistance. As a result, by December 2017, over 175 children received the gift of sight.

In 2011, Goldsmith established The 57 Cent Fund at Temple University. The fund is named in memory of Hattie May Wiatt, who died in 1886 at 5 years of age and left Dr. Russell Conwell 57 cents, the seed money used to establish Temple University. In 2018, Goldsmith established The Delancey Street Fund at The City College of New York. The fund is named after the street of the same name in New York City that gave immigrants to America a chance for a better life. The Delancey Street Fund like The 57 Cent Fund provides assistance to students without financial resources who are facing catastrophic life events.

In 2018, Goldsmith contracted to write Temple Made, the first in a series of books profiling alumni who have reached the pinnacle of their professions. Publication is anticipated in 2021. Proceeds from Temple Made are dedicated to The 57 Cent Fund at Temple University. Publication of the second book in the Made Series, CCNY Made, is anticipated in 2022.  Proceeds from CCNY Made are dedicated to The Delancey Street Fund at The City College of New York.

Goldsmith’s affiliation with The National Portrait Gallery in Washington D.C. began in 2012 when she adopted the portrait of Lucretia Mott on display at The Gallery. Lucretia Mott, abolitionist, suffragette and founder of Swarthmore College, established the Village of La Mott in Montgomery County PA where Mott donated the land and built homes for slaves escaping from the South through the Underground Railroad. La Mott is located in the former 154th Legislative District, where in her youth, Goldsmith was a candidate for the State Legislature.

In 2014, Goldsmith adopted the Rembrandt Peale portrait of George Washington, the first President of the United States, patriot and philanthropist.

In 2016, Goldsmith adopted the portrait of Alexander Hamilton, author of the Federalist Papers and the first Secretary of the U.S. Treasury. Hamilton’s portrait is on the front of the $10 bill. In 2016, it was announced that Lucretia Mott, whose portrait was adopted by Goldsmith in 2012, is one of five women whose face will grace the back of the new $10 bill.

Goldsmith has sponsored several exhibits at the National Portrait Gallery including: The Art of Elaine de Kooning (2015), The Face of Battle (2017), The Sweat of Their Face (2017); The American Presidents Gallery (2018) , Votes For Women (2019) and Every Eye is Upon Me: First Ladies of the United States (2020). In 2018, Goldsmith provided support for the acquisition of the earliest known photograph of a U.S. President,  John Quincy Adams, for the permanent collection of the National Portrait Gallery.

In 2017, Goldsmith was named to the Host Committee of the Smithsonian representing the National Portrait Gallery.